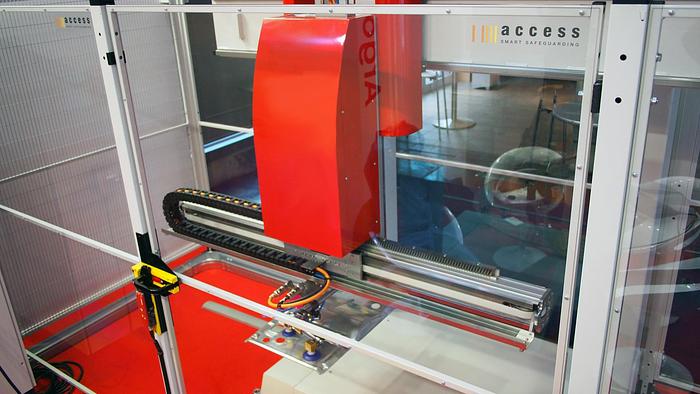 < Images in the second row:

The two FDR-S units have, as their only mutual mechanical-constraint, that of operating the same bar on which the gripping members are mounted. Each unit has a motor for the movement of the vertical axis (Z); the axis control system that oversees the management of the entire line, manages its command in electric shaft or shaftless mode, guaranteeing high dynamics and performance.

The horizontal feed axis (X), depending on the performance in terms of weight and cadence, can be configured to have two motors that act in thrust on the same bar.

The stroke of the axes is freely programmable, and the end-of-cycle position is configurable, so that during the molding operation the gripping elements are located not only between the molds but also below the transport level.

In "standard" configuration the axis strokes are: 500mm for the vertical axis and 1250mm for the horizontal axis.

< Images in the third and fourth row:

Equipment for complete automation of a blank-fed stamping line, as follows